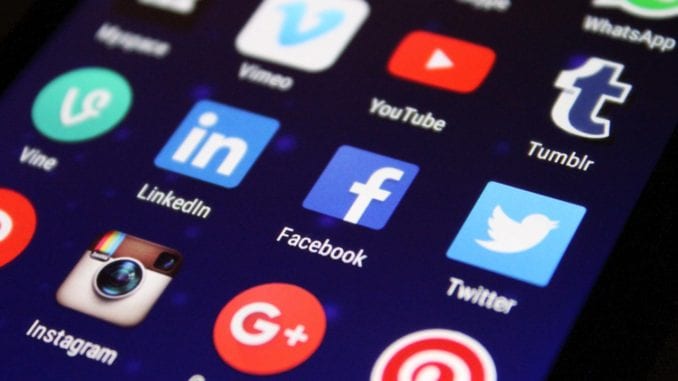 Constant Data Breaches Make Social Media and Dating Sites Hazardous. Is your information really safe on the apps that you use every day? Everything from names and addresses to birthdays and occupations are being targeted by data hackers.

Dating apps are big targets for hackers because users put so much personal information on their profiles. Popular dating apps also ask users to link to their social media accounts. Your name, age, occupation, and plenty of photos are like a gold mine for hackers who target users for identity theft and extortion.

The popular gay dating site Manhunt has over 6 million members. In February of 2021, their dating app was breached by hackers. The Manhunt breach gave hackers access to a private company database that stored sensitive information about users.

Once the hackers got access to users’ passwords, they downloaded usernames, email addresses and passwords. Manhunt was taken completely off guard but the company behind the app claims that payment details weren’t included in the hack.

There’s still plenty of room for concern. Manhunt reported that 11% of their users had their information stolen. Manhunt prompted users to reset their passwords after the breach, but the damage was already done.

OKCupid was also the target of hackers recently. In that particular attack, the location ID of users was targeted by data thieves. You might not think that your location is valuable to hackers. In fact, that information can be used to triangulate someone’s home address. In 2019, Plenty of Fish had to issue an emergency patch for Android and iOS users whose first names and postal ZIP codes were leaked.

Like breadcrumbs, hackers gobble up these tidbits of information until they have enough to access your financial credentials or assume your identity. They can also sell this information on the dark web.

Perhaps the largest hacking target of all is Facebook. Facebook is free to use because your personal data is the product. The company gleans personal data from users and provides it for targeting advertising. All of that accumulated information is a tempting target for hackers.

Some legal experts believe that social media companies like Facebook are criminally negligent. In April, Digital Rights Ireland launched a legal case for allowing the personal information of 530 million users to be hacked by unknown nefarious parties.

In a press release by Digital Rights Ireland, a chairperson named TJ McIntyre stated that “Forcing companies like Facebook to pay money to users whose privacy rights they’ve violated is the most effective way to really change the behavior of these big tech companies.”

McIntyre went on to say, “Facebook is a uniquely powerful company, reaching into the lives of its billion plus users, and they need to get this right.” The Facebook breach occurred back in 2019 and exposed names and phone numbers of users all around the world.

Are People Even Worried About Data Leaks

The University of South Wales in Sydney conducted a survey about social media and cybersecurity. More than one thousand people participated in the study. More than half of the respondents were men.

Hacking and data harvesting were the top concerns of the study participants yet 47% of people never or rarely looked into the developers of the app before downloading their service or product. People rarely read the privacy policies of the social media and dating apps that they sign up for.

Related: Customize Your Clothing Based on Your Online Personality

These apps can collect user data and in some cases sell that data to third party advertisers. Collecting and sharing data without consent was one of the reasons why Facebook came under fire from lawmakers all over the world back in 2018. When that much data is available, data leaks are likely to happen.

Steps That You Can Take to Protect Your Data Online

Your digital data is extremely valuable to big media companies and hackers. However, you’re not defenseless against them. It’s primarily your responsibility to protect yourself online. Here are a few tips for protecting your data.

For starters, you should use a profile photo on your dating apps that’s different from your social media profiles. This will make it more difficult for hackers to match up your accounts. Also, you should limit the amount of information that you make public on your dating app profile. You can mention which industry you work in without stating the exact name of your employer.

You just need to be careful what you share online. Hackers can use reverse image searches on your photos if you use the same photos on multiple sites. You might also want to use a burner email account that’s just used for dating apps and social media. The password for this email account shouldn’t be used anywhere else.

Lastly, you can avoid hackers getting in between you and your accounts by using a VPN. A Virtual Private Network protects your IP address while you’re surfing on the internet. VPNs give you enhanced privacy and access online. They create a protected tunnel for your access to the internet.

Related: 5 Good VPNs to Protect You and Your Internet Interests

These steps are foolproof, but you should be proactive when it comes to protecting your data. You can’t trust dating apps and social media companies to protect your information for you. In some cases, these companies don’t even know that your personal information has been leaked until it’s too late.

Cyber security and digital policing is all about staying a few steps ahead of hackers. So-called white hat hackers are cybersecurity engineers who use their expertise in hacking to help companies and organizations protect their databases. If you’re interested in learning more about cyber security, then take a closer look at the University of New South Wales UNSW Sydney's fully online master of cyber security program.